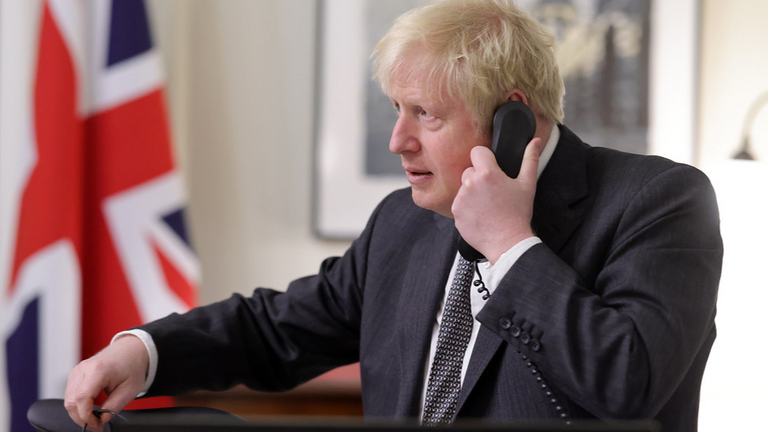 The West, in the event of a refusal from Russian energy carriers, will face “difficult times”, but the refusal of hydrocarbons is generally possible, SmartNerws reports, citing a statement by British Prime Minister Boris Johnson.

Johnson said that “the process of weaning from Russian oil and gas, from hydrocarbons in general, will be difficult for the world.” “We can further increase the consumption of low-carbon energy and continue to lead the world towards carbon neutrality,” TASS quoted him as saying, citing the Daily Telegraph.

The head of the UK government announced the possibility of “reducing the back-breaking bills that are issued to households and businesses across the country.” “And we will put an end to the Kremlin blackmail,” Johnson said, declaring it a mistake that the West allowed itself to normalize relations with Moscow after the events of 2014 and began to increase oil and gas supplies from Russia.

If the West ceases to depend on energy from Russia, Johnson believes, Western countries will be able to leave the Russian leadership without “cash, destroy its strategy and shorten it.” However, this “strategy will not really work if not everyone takes this step.” Johnson believes that “the only way the world has to force Putin to stop aggression and respect international law is to get off the Russian hydrocarbon needle,” but “this step will be painful.”

He said that before the end of the month, the UK authorities will present an energy security strategy that will focus on the use of nuclear energy and all its renewable sources, including UK tidal, hydro and geothermal power plants. We can also talk about a temporary increase in oil and gas production in the offshore fields of the kingdom. Renewable sources now account for about a quarter of the UK’s energy consumption.

Recall that the Minister for Business, Energy and Industrial Strategy of the Kingdom Kwazi Kwarteng said that the UK will refuse to import Russian oil and petroleum products by the end of 2022. The British Foreign Office called on Europe to extend sanctions on oil and gas from Russia.